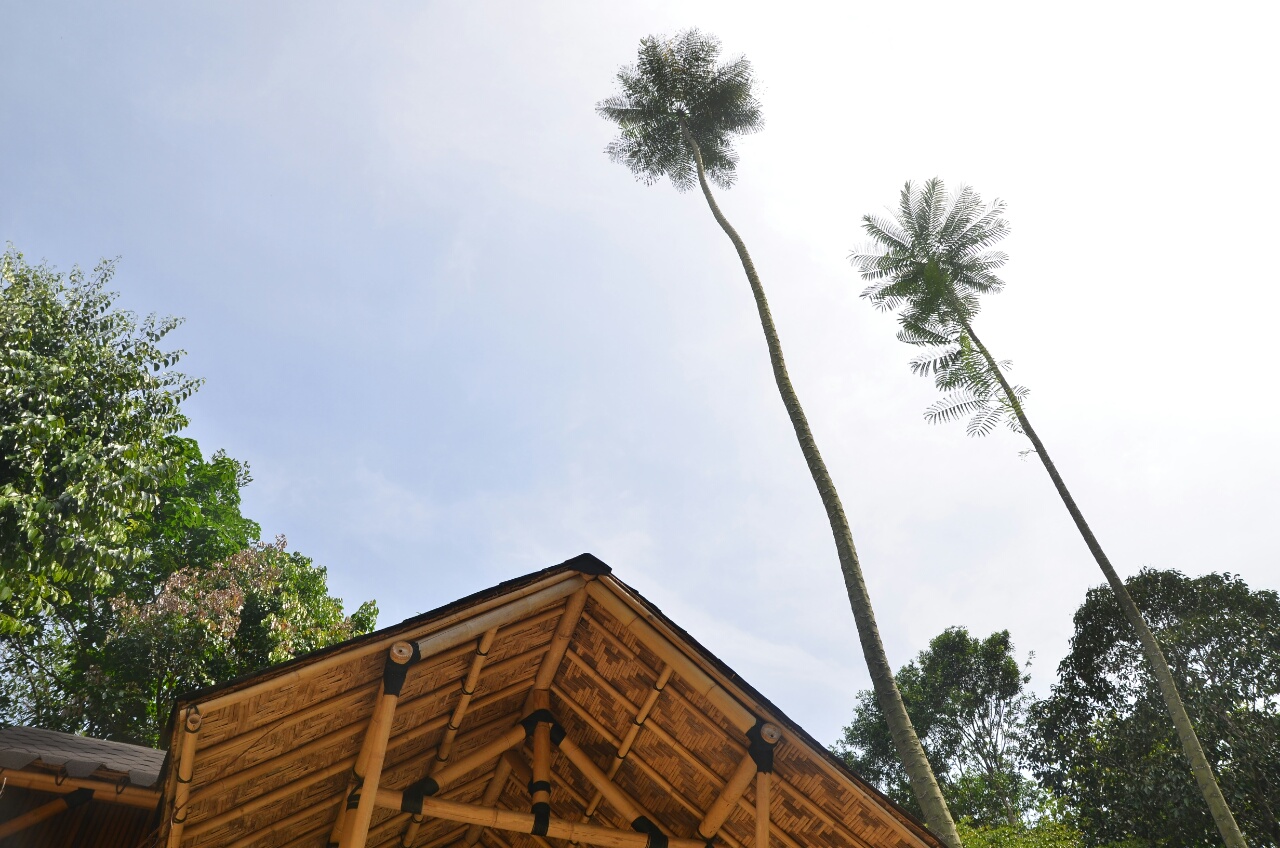 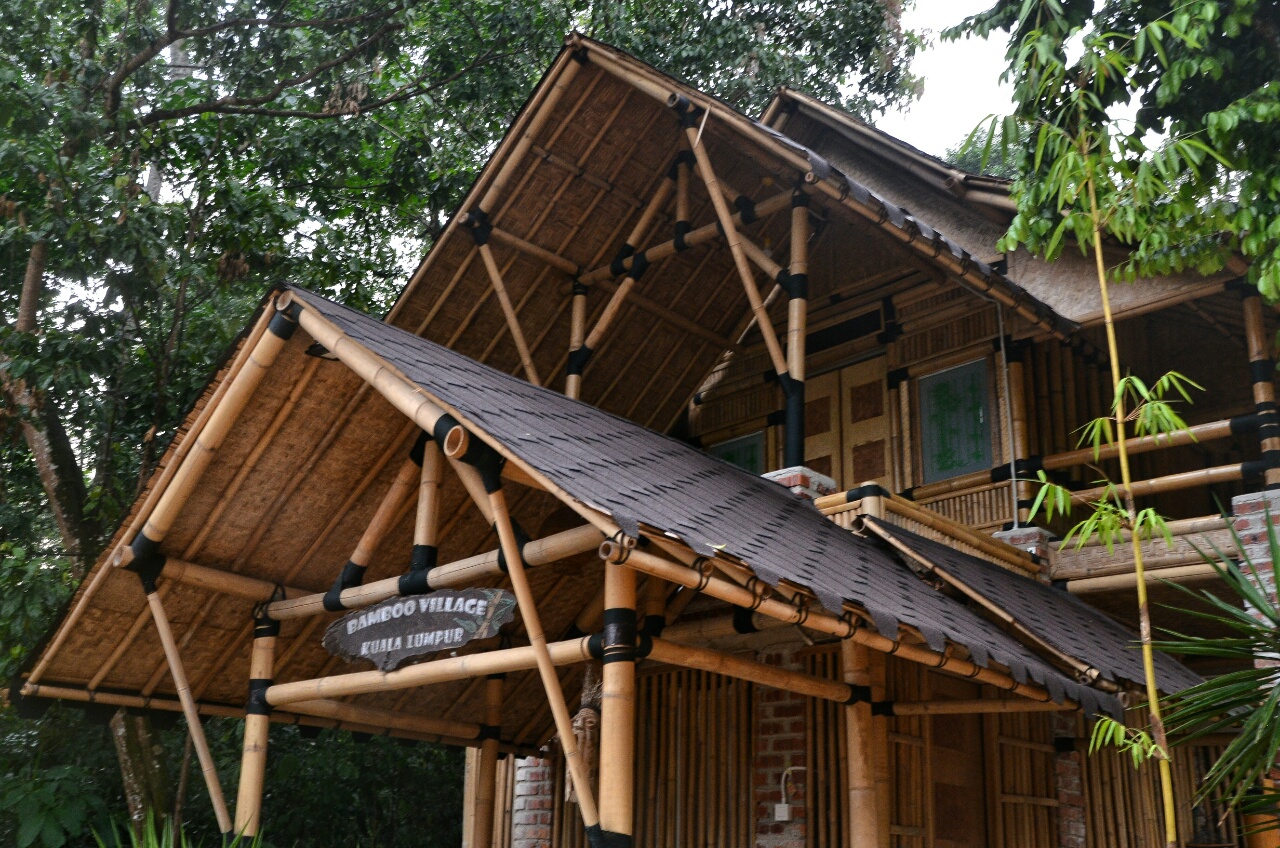 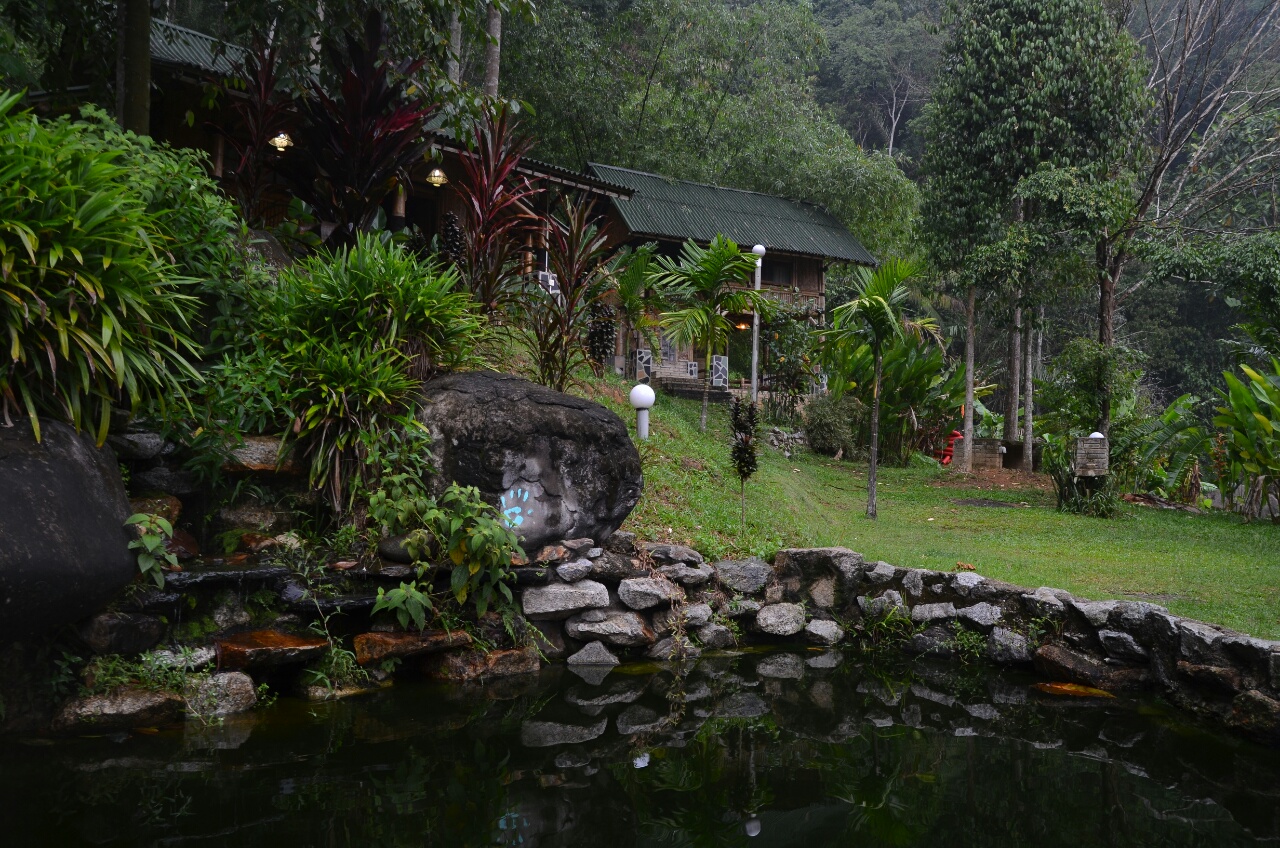 Well, this is The Bamboo village! I came here to work as a volunteer for a week. When I arrived, I just knew that I would want to tell you a story about this place. There are about ten houses in the village and all of them are made of bamboo from Indonesia. Every house has a different name. For example, I usually slept in one called "frog house". The house is next to a little fish pond, so naturally, there are a lot of loud frogs here! Other houses are named "geekon", "eagles nest", "king cobra" etc. You can probably imagine where they got their names from, right? The village is located on the edge of a jungle. Well, locals probably wouldn't agree with the term jungle, but monkeys come to steal our food sometimes, you can find snakes like the cobra, even tarantulas, geekons or one-meter-long lizards... and good luck with walking through all the plants! 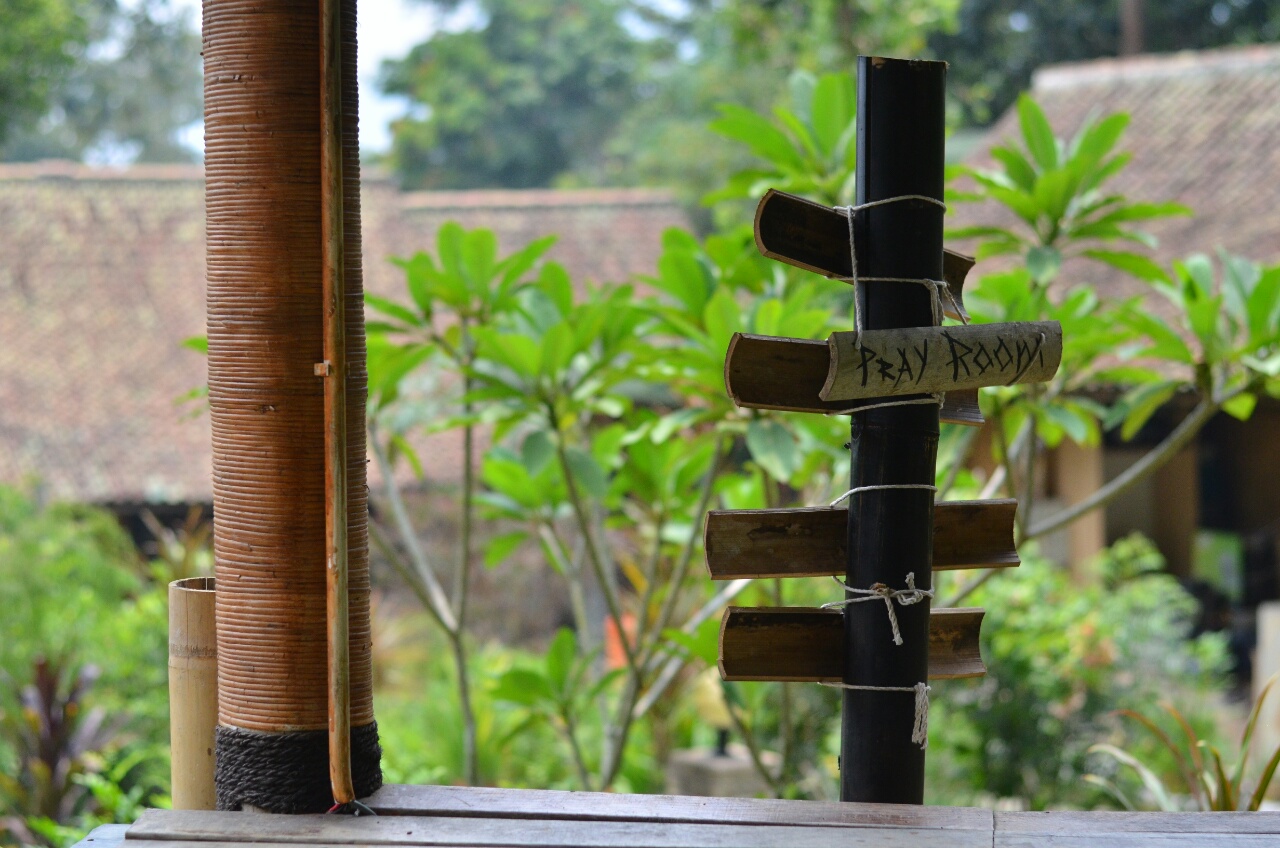 After a few days stay, I figured that a story shouldn't be just about the Bamboo village. It should be more about its owner, Ramhadan. You know when people post quotes on Facebook "live your dream" or "if you enjoy doing what you love, it's not a job" and so on? This guy did it all - he built the whole village of bamboo houses! (Without posting any of it on Facebook :P) And you know what he says when you ask him, if he's got a job? "No maan."

It all started with the piece of land that he got from his grandfather. The land that nobody wanted because of the neighbour, The Jungle. He wanted to build a bamboo house and one day he actually did it. He left his job to move from the city into the new building that he just made. But there was a problem.

Half of the house was on the neighbour's parcel. He tried to buy it but without success. The neighbour wanted the house to be torn down. His enthusiasm hit rock bottom. And the next few weeks weren't any better. After the defeat, nothing could stop him. He made a new house from the bamboo he had from the old house - he named it the "Bird of Paradise". Then he built two more. In the last two years, he had more than 1k voulenteers helping around. Today, he owns ten houses. 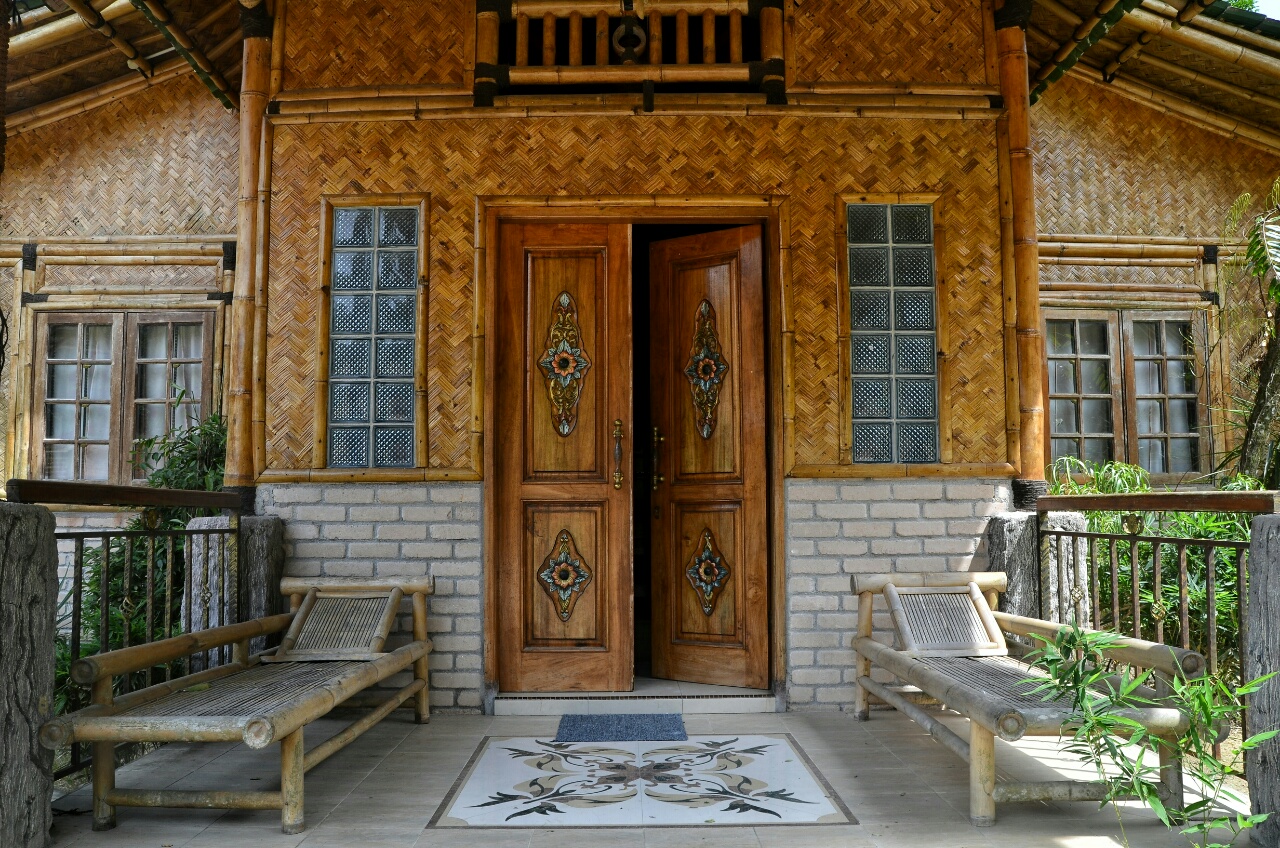 This is the one - Bird of paradise. 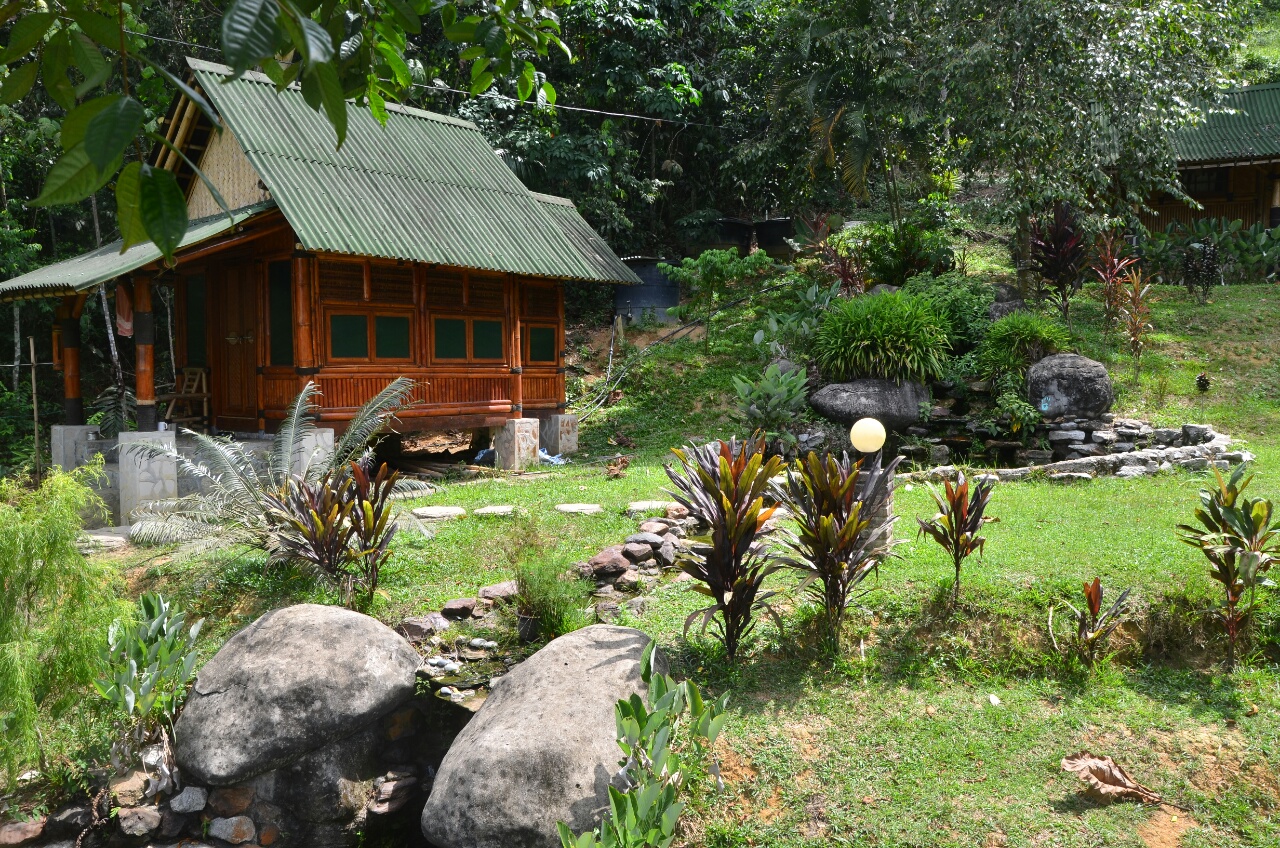 The Frog house. I slept here. 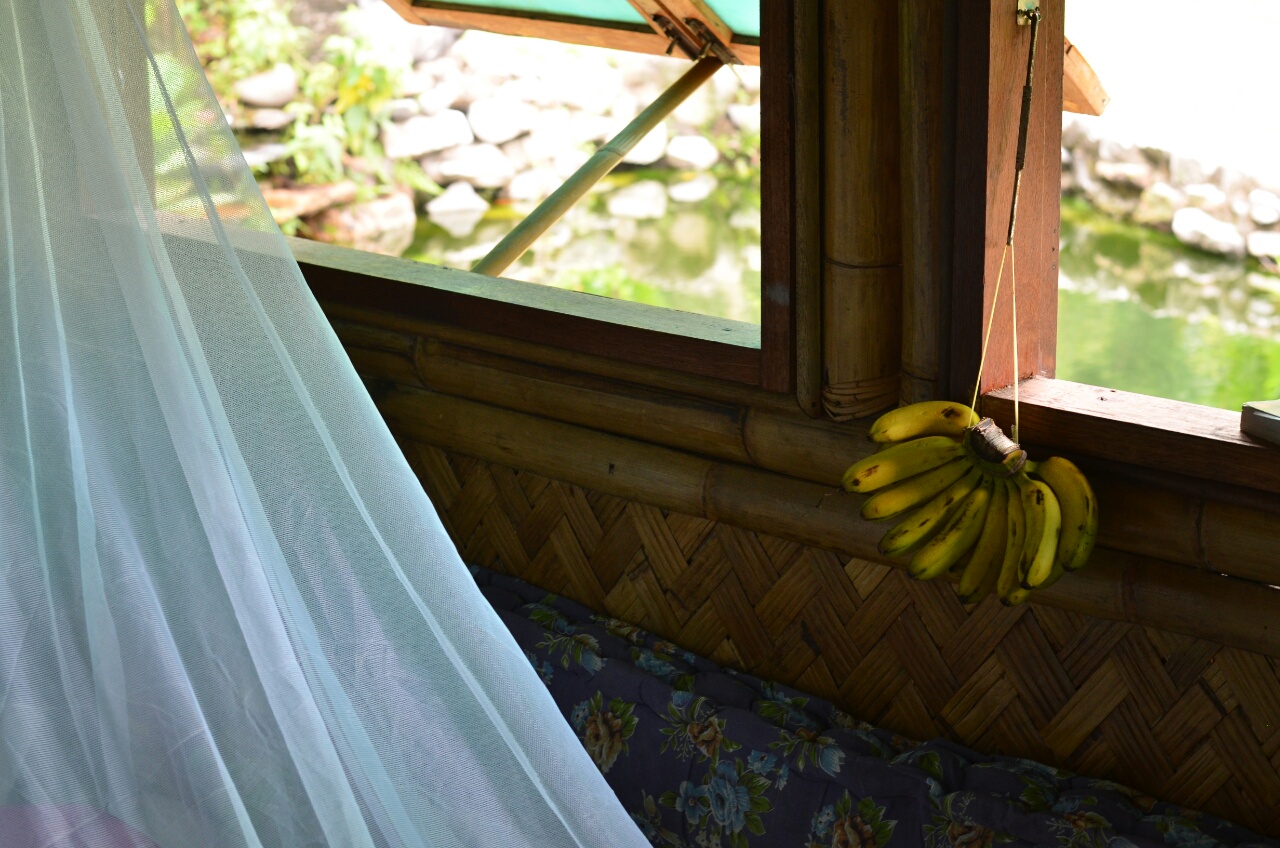 So what did we do here? 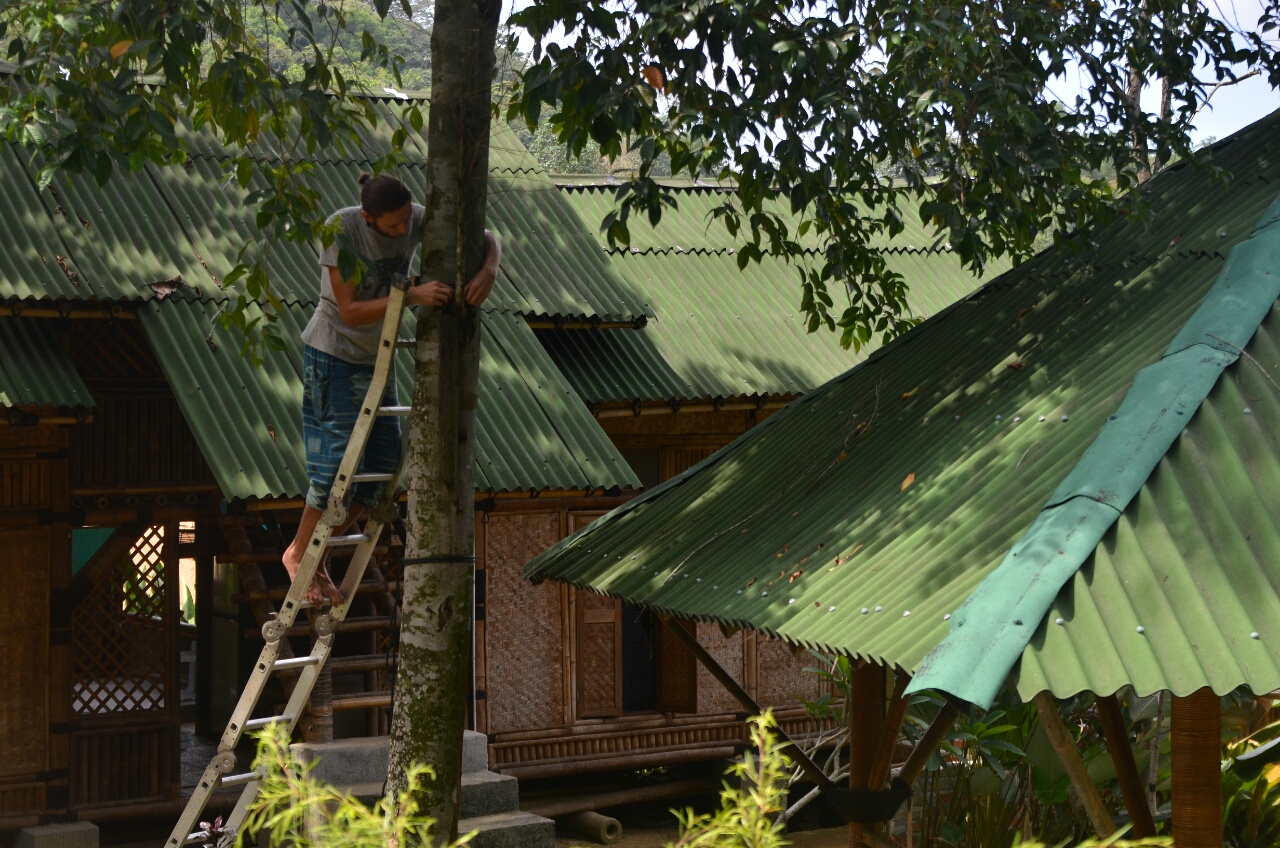 We fixed a lot of wires. 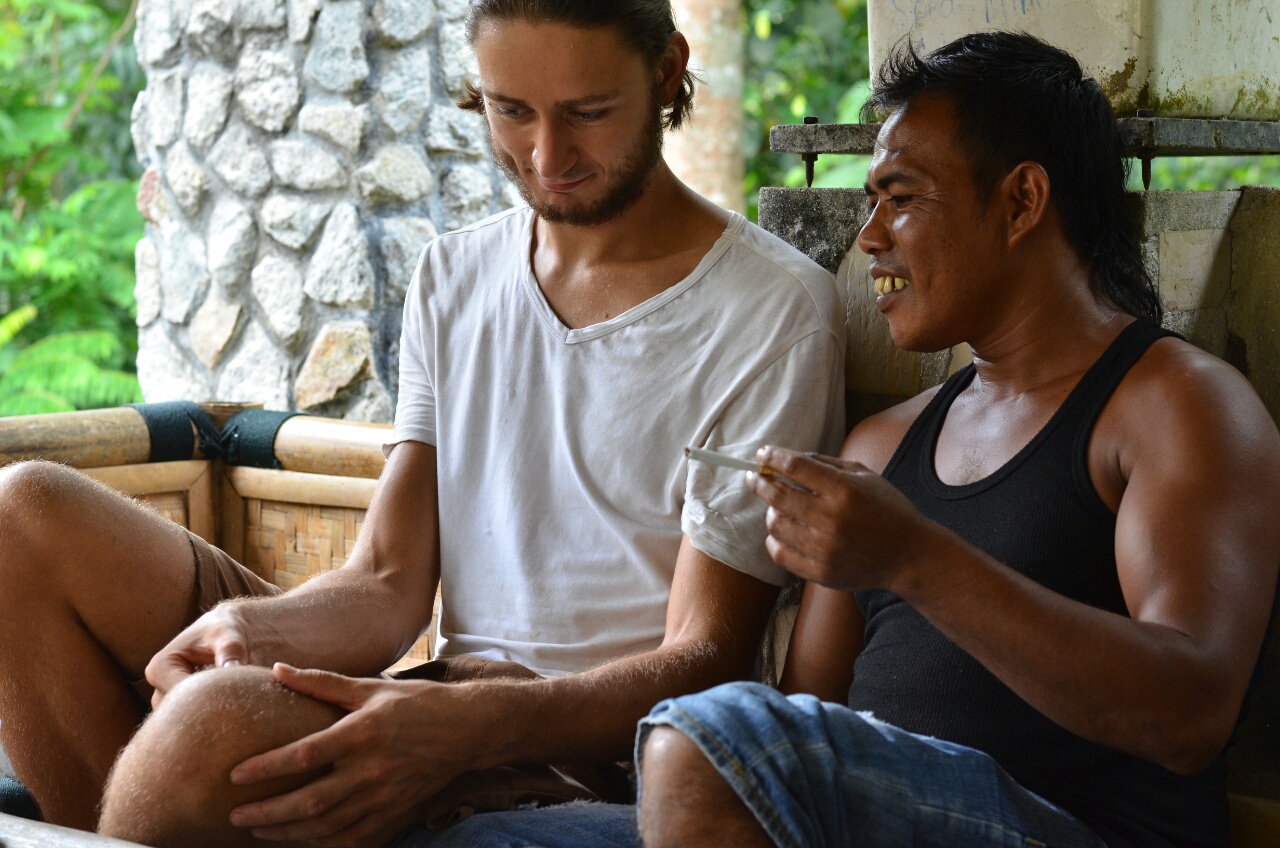 Learned a bit of Malay and about the politics. 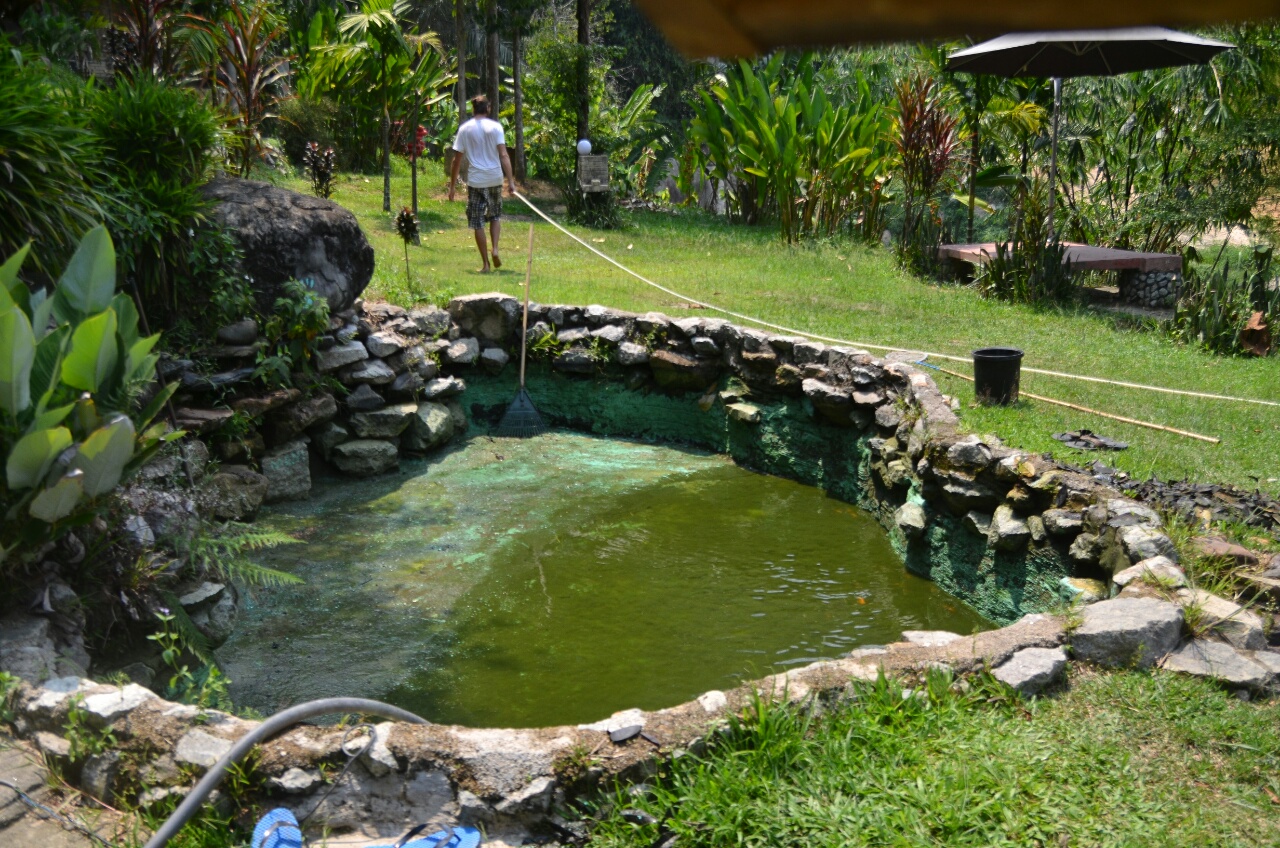 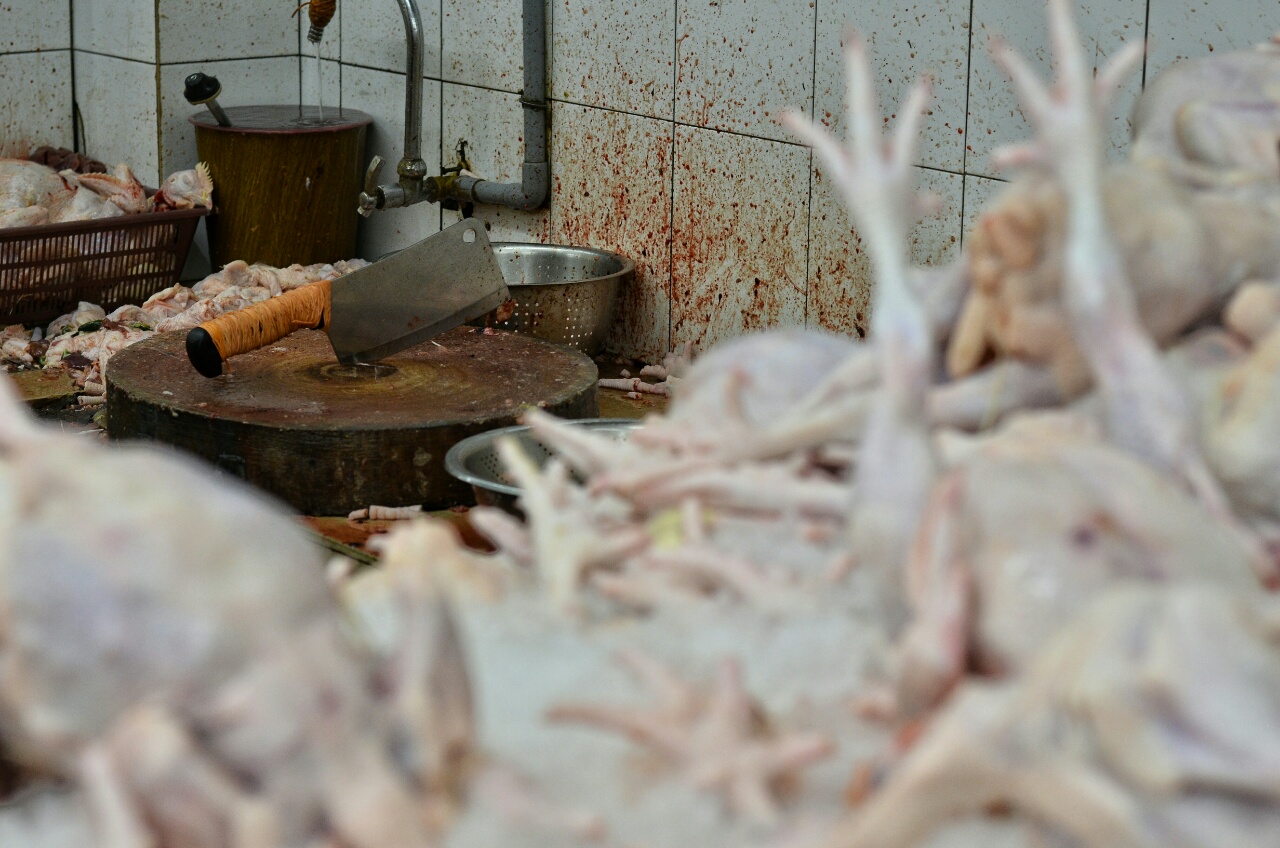 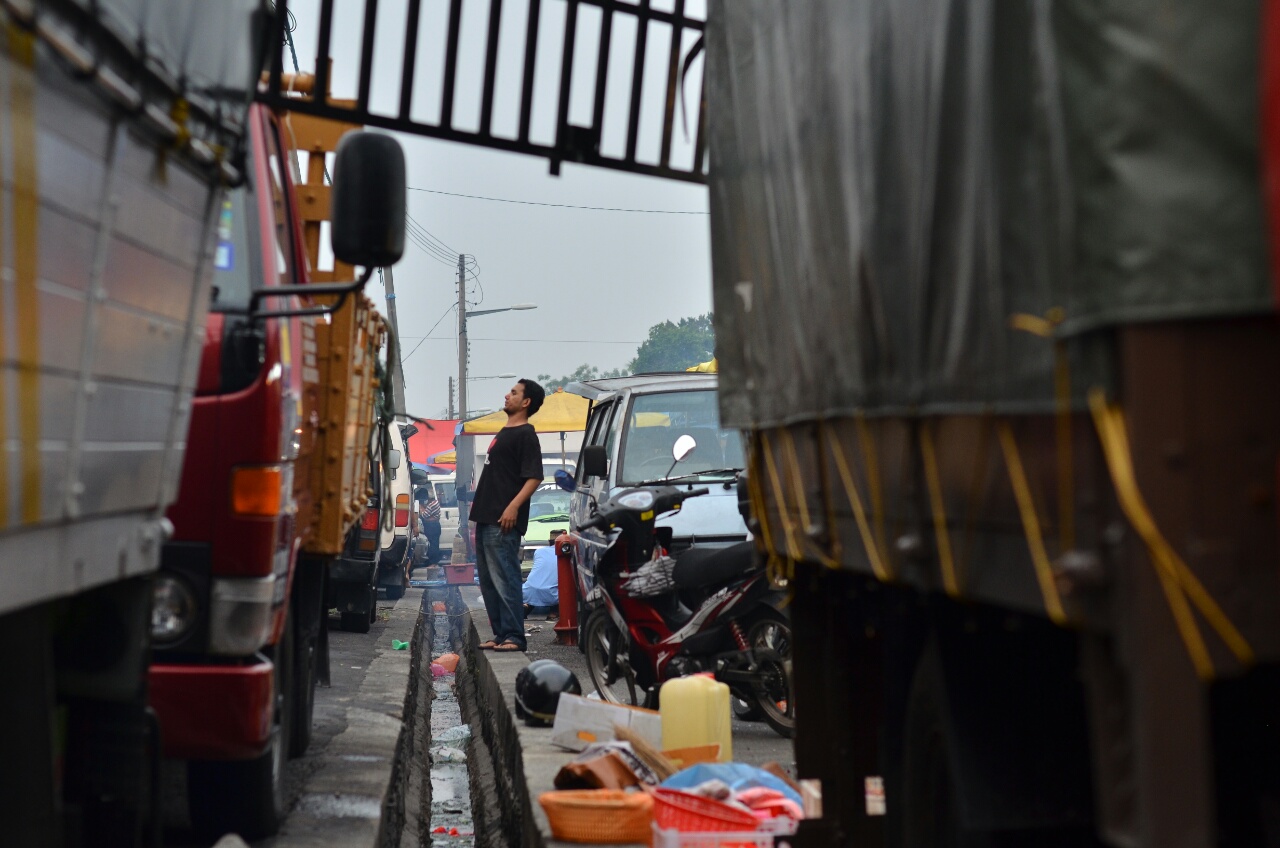 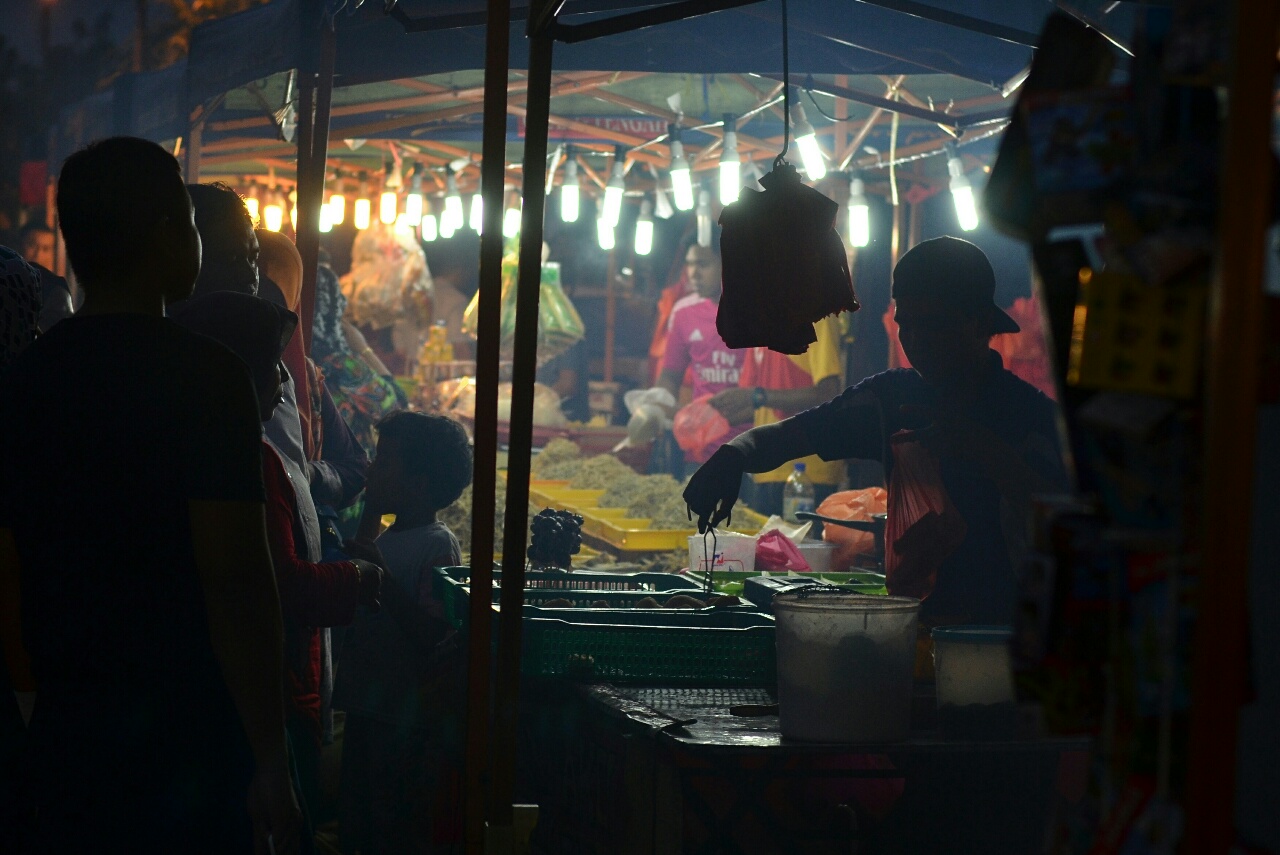 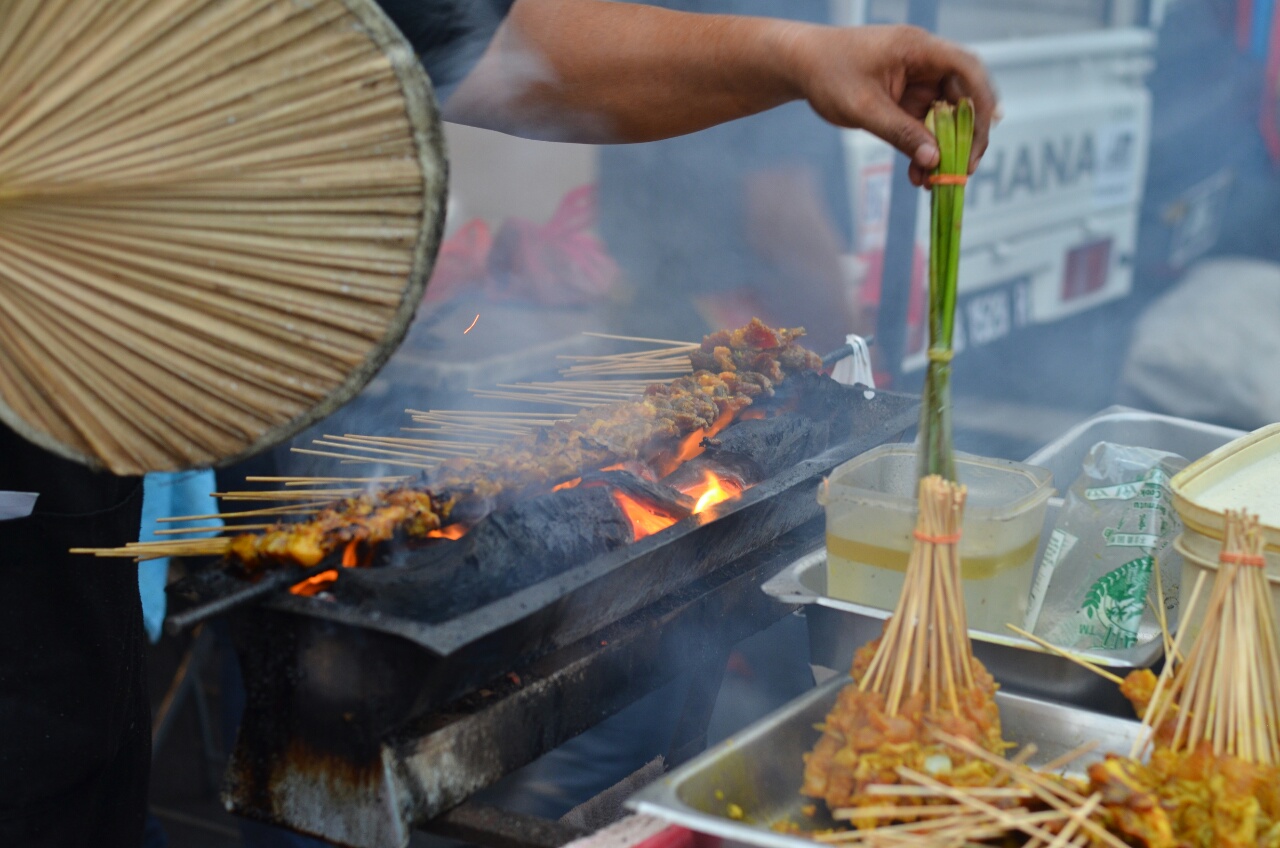 The food was amaizing! For 20 MYR I got a few delicious chicken sticks, rice cubes and a peanut souce.

Nothing better than fresh Pad Thai. Less than a euro. You can hear the buzz, but it works.

Stayed in this simple hostel named Seaview. Paid 23RM for the 5-person mixed room, well that's about 5€. I got a double bedroom and Sum for a roommate. He's a 72-year-old Singaporean travelling

Stories behind the images
—
Ramadhan and the Bamboo village
Share this